A Game Engine That Fits You

Home / A Game Engine That Fits You 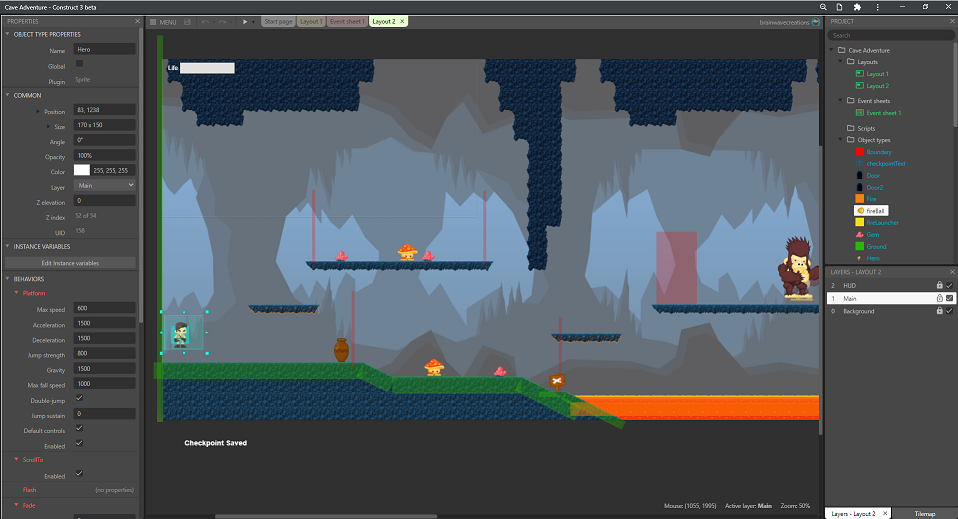 A Game Engine That Fits You

Everyone has their own way of thinking, and a way their mind works, uniquely compared to the next person in line. As such, this means that one game engine may be easier for you to work with compared to all of the others available. The same applies to website content management systems, art/design applications, operating systems, etc. We all have our own unique way of thinking, and it will be easier to use certain tools and applications compared to others.

For this reason, I recommend testing several different game engines, and find which one works best for the way you think, and process through your game design/development ideas internally. Some applications will be naturally easier for you to locate and fix bugs in your code/design than others. One form of drag n drop style editing may be easier for you to comprehend compared to another. Or maybe, scripting is your thing, and one scripting language is easier for you personally compared to another scripting/programming language.

Over the years, I’ve tried and tested several different applications for use in game design. I still hold licenses to about 3-5 of these applications(last time I checked). I’ve found what works best for me, just happens to also be the engine I find has the most frequent feature updates. The development team is constantly making updates to their game creation software to make new game designs and ideas for gameplay mechanics easier to implement. Recently they’ve added a bunch of new features and functions making it easier to develop 3D games within the game engine.

Speaking of 3D… Obviously the game engines you will want to test will depend on whether you plan on mostly working with 2D or 3D game creation. I mostly work within the 2D game realm, so I stick to engines that specialize in 2D game design. I’ve found that some drag n drop editors are super complicated to use, while others are extremely easy. Again, this is because of the way I think, and process things internally in my mind/brain/flow of consciousness/whatever label you want to put on it. I can easily look at my game design with various features implemented, and see anything that may be wrong with it. This also makes locating and fixing bugs and issues with any game designs, far easier compared to other engines I have tried and tested.

When it comes to scripting/programming languages. Some engines will have their own built in language such as GML(GameMaker Language) used in GameMaker Studio(which is based off of, and very similar to JavaScript, while others may use an industry standard language such as JavaScript, or Ruby Scripting on the backend, and make it easy to implement new features and elements directly in the scripting languages it operates on. Personally, I prefer Construct 3, put out by the development company “Scirra”. There Event Sheet style of editing is super easy for me to learn, and put to use in a variety of game styles I would like to create. I can easily look at an Event Sheet in the editor and find any bugs, or other issues with the way I have the events and actions laid out. It also allows anyone to go in and add custom JavaScript, to really dive in and customize their games made in the software. They are constantly adding new features, and fixing bugs with the software which is much appreciated, and I always give them praise for their constant beta releases 🙂

Recently Scirra has added a bevy of new features for 3D game creation, and 3D design implementations. Including a new 3D camera object, that is easy to insert into any game, then edit the properties of how the object works. The engine also includes a ton of examples, and game templates you can open up to check out any new features they add along the way. You can load up examples they’ve added over the years and quickly reverse engineer them in your mind, to learn the way the application looks at each block of actions in the event sheets used. This can be another quick way to any engine. Reverse engineer any examples you can find, or source code available online. Sometimes members of development communities will release source code to help others learn from their work 🙂

I was going to list out a bunch of high end 2D and 3D game engines, but they are easily found using Google. I may write out another article covering your options in the future. If this is something you would like to see, I can at the very least list out the ones I have used over the years, along with their own pros and cons. Then add to the list, the others I have found over the years, but have not personally used for any projects. Feel free to reach out 😉