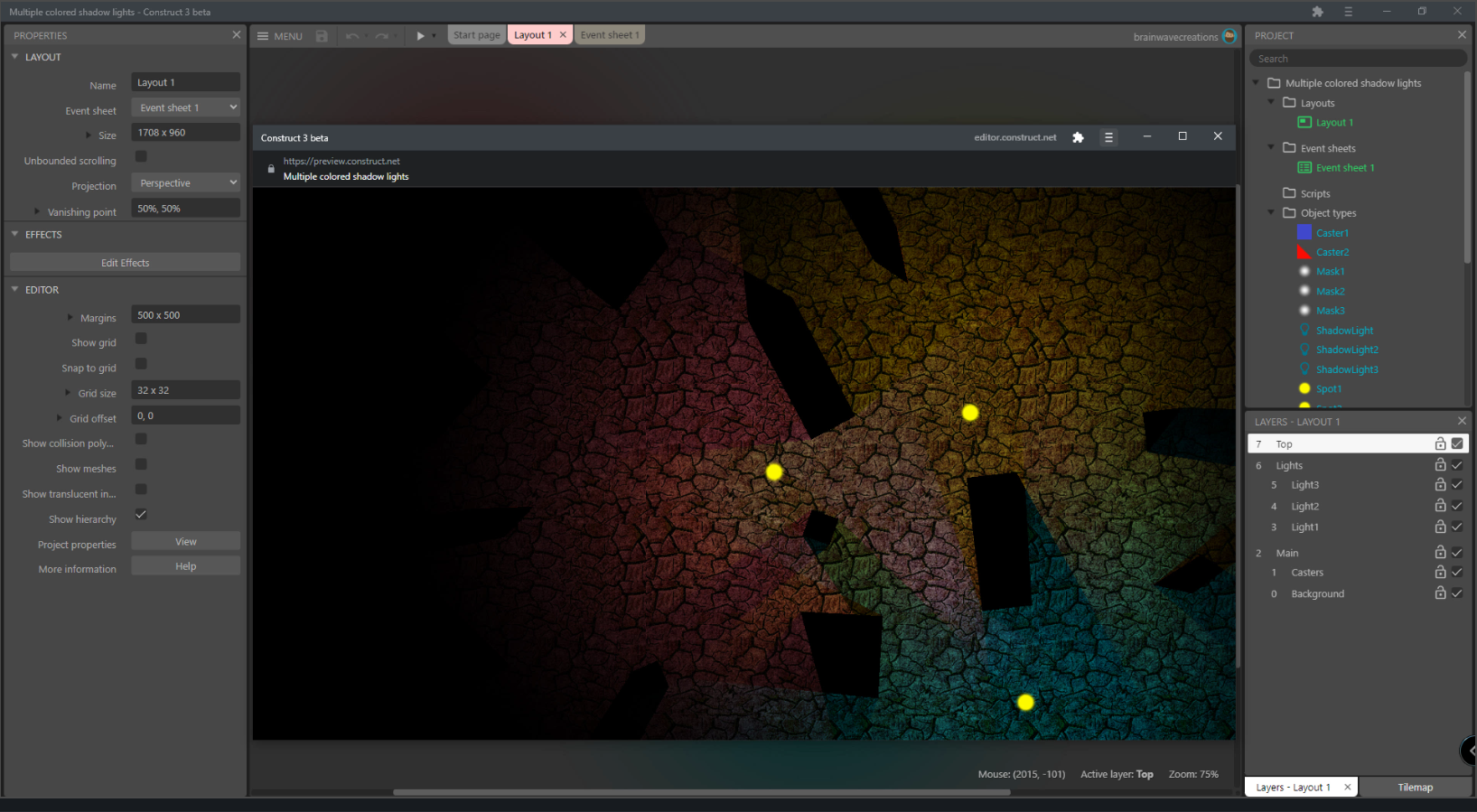 Scirra’s developer’s are at it again…. Adding great features to Construct 3, that is. This latest release of Construct 3, has one major update, I’m really excited about. It’s going to make working with “Layers” far easier than it was before.

With version “r271” we now have the added feature of “sub-layers”. Basically this means, that you can have a main layer in your project tree, where you find all your assets, event sheets, etc, within Construct 3. That main layer acts sort of like parent a folder for the the “sub-layers”. This will help developers keep their projects much more organized as far as the Layers in their projects go.

Another added feature with this upgrade, is that we can now add an visual effect via the Effect Editor/Compositor to the main layer, and that effect will also run on all the sub-layers. So rather than having to run an effect several times for each layer you are running an effect. You can simply have it run once on the main layer, and the the same effect will take place on each of the sub-layers within that main layer. This also allows more advanced effects, such as creating a stack of background sub-layers, and another stack of lighting sub-layers. I hope this all makes sense.

To show this new effect off, they have also upgraded the “Shadows: blending multiple lights” example found within this new version of Construct 3. I’m going to create a short video showing this off, and embed it below, along with a screenshot or two, so you can see what I’m trying to say.

Other than that, there has been a host of other bug updates and changes in version r271. You can read their article regarding the latest version here: https://www.construct.net/en/make-games/releases/beta/r271